We had an interview with André “BARBARR” Möller.

Gamerbase: You managed to place 2nd at Dreamhack tournament 2 months ago and qualified to Europe Minors, why did the organization disband Ancient despite good results?

BARBARR: I explained this a bit in my twitlonger. The guys had been playing for a long while together and some players felt they wanted to try new grounds. This was kind of the case even before Ancient was created. We needed a last run together, we got it and i think we did great.

Gamerbase: What do you think of Plopski as a player? If he stayed on the team, do you think you would be able to pass the group stage of Europe Minors?

BARBARR: Plopski is a player with a great potential and starting to shape into the diamond he’s destined to be. If he stayed on the team, maybe we would qualify, maybe not. Would we have a bigger chance? Yes.

Gamerbase: You were disqualified from Europe Minors after losing to BIG with a 2-1 score. What do you think of your performance in Minors? What would you change if you had the power?

BARBARR: The performance in the minor wasn’t to bad. We entered with smiles even though the transfer of plopski. But of course a bit of worrying feelings about the game since we knew that the time was not enough to prepare, even though we did our absolute best to get ready with Grux.

Gamerbase: You have been playing CS for a long time. You said that you missed competetion on an interview back in 2016. Are you satisfied with what you have accomplished in last 3 years? Do you plan on staying on the professional scene? If the answer is yes, would you like to be a player again rather
than a coach?

BARBARR: I can’t say im happy with the progress, last 3 years have been a bit of a rollercoaster. Managed to take teams into the top20-30 but after that usually a player got bought out or the organisation behind started to crumble.  In the end, all this is yesterday.

If im staying in CS? Hell, i grew up here…
Did my first local tournament 2006 and im not going anywhere. 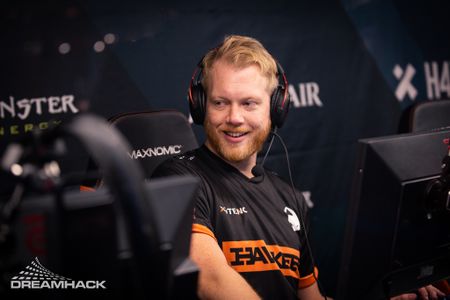 Gamerbase: Three Turkish players Woxic, XANTARES and Calyx represent Turkey on international teams. What do you think of these players? If you were to create a new team, would you like to play with any of them?

BARBARR:  Woxic, Xantares and calyx is players ive seen from the start in their Turkish teams. They are for me representing explosiveness and individual talent that is hard to find anywhere else. They all just need the stable surroundings for a while.

Gamerbase: You became Ancient’s coach when pronax retired. What do you think of pronax? Would he be succesful as a coach?

BARBARR: Pronax is someone i knew since more than 10 years back. He was always very dedicated, no matter the setbacks. If Markus can give his 100% to coaching, he would be successful.

Gamerbase: Lastly, you have been on the pro scene for a very long time. Can you tell us your happiest moment?

BARBARR: I think it must be 2011(CS1.6) in Bilbao, Spain. We built the team from scratch some months before (me moddii pronax kalle tacky) and went on to reach the final as underdogs, beating both na’vi and Fnatic on the way.

Gamerbase: Thank you for accepting our interview request, is there anything you would like to add?

BARBARR: Thanks for the interview.

Magisk: “It’s been a rough few months, but I think it’s easier to just quit”

Maj3r: “It was a bad surprise, XANTARES told us in teamspeak that he wanted to leave”