We interviewed with bubble.

Gamerbase: This year, you have won WESG 2018 and Moche XL Esports 2019 tournaments as Windigo. Could you tell us a bit about the WESG 2018 where you won a pretty good prize? How good was the first half of 2019 and what are your plans for the second half?

bubble: on WESG everything went smoothly, the firepower was in point tactically we were very well prepared for every single match. After we won vs MIBR we knew that this tournament is ours and have to give nore than 100% to finish it, because we won’t be underestimated. 1st half of 2019 has good and bad moments, the plan for the next half of the year is 1st to qualify for EPL and to reach top10.

Gamerbase: You have announced that you are trying Calyx and hAdji right now. What would you like to say about them? Calyx had stood in for blocker in DreamHack Masters Dallas. How well did he perform in that tournament? Do you think will they fit in your game style?

bubble: Hadji and Calyx are very skilled players and i think both of them will fit good in the team, but we will need time to make structure game with new playstyle. Calyx played very well in Dallas and we understood that if one day we will be a international team, we would like to play with him.

Gamerbase: You used to play as an AWP player, but now you are the in game leader of Windigo. What was the reason behind this role change? Which role is harder to play and why?

bubble: I changed my role, because we bring poizon in the roster and as you know he is very high skilled awp player. Someone has to player supportive role and me as IGL i decided to get this role and help my team as much as I can. Hardest role is support, because in any moment you have to be aware how you can cover your teammates or help them or bait for them.

Gamerbase: After the addition of Calyx and hAdji you will have to communicate in English. How well players in the team can speak English? 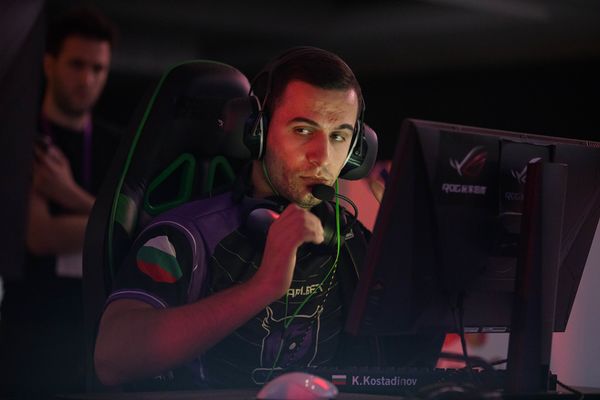 Gamerbase: What do you think about Bulgarian player CeRq? He is just 19 years old and community believes that he is a promising player. Do you think he can reach the level of KennyS and Guardian did? Would you like to see him in your team?

bubble: Cerq is talented, since he went in NRG and played with experience players, after that he become even better as a player. Maybe one day we can be in one team no one knows

Gamerbase: You had performed really well in the WESG 2018, but recent performance of the team is not that good. What is the reason of this? Do you think is it because other teams are now working more to counter your strategies or is it related to the team itself?

bubble: After we won WESG i knew it will be harder for the team, because no one will underestimate us. Maybe we didn’t push harder to reach the next level. It’s combined of individual performance and anti-strats.

Gamerbase: pozion is a shining star. Calyx is also a good player. You will have strong firepower with these players, what are your plans for them? What will be the road map if a player like pozion gets offers from other teams?

bubble: We have very skilled players in the team and me and Shockwave (coach) will try to use their skill properly. I’m not thinking about ” if someone leave the team”, working on this roster and let’s see what the future holds.

Gamerbase: It’s said that GeT_RiGhT and Zeus will stop playing CS:GO or will rest for a while.  What do you think about these legends? You are 27 years old, how long more do you plan to continue playing CS:GO?

bubble: I’ m not gonna talk about GTR and Zeus, but I would say that I love CS:GO and I will play as much as I can to be part of the top teams. If i know that I am struggling individually I will put double hours in the game.

Gamerbase: How good is the CS:GO scene in Bulgaria? Do you have a national esports federation? Does your government support esports teams and players?

bubble: In Bulgaria the e-sport is not known. People cannot understand that professional player in e-sport could be a real job.

Gamerbase: Thank you for giving this interview. Is there anything else you would like to say?

bubble: I would like to thanks to everyone who support us, my family and I welcome turkish people on the board to support Windigo